Water use in Japan

Current status of water use

Water used at home is called household water, and water used in offices, hotels, restaurants, etc. is called city activity water, and these are collectively called domestic water.
The daily consumption of domestic water doubled between 1965 and 2000 due to changes in lifestyle such as the spread of flush toilets, and this was combined with the increase in population and economic activities during this period. As a result, the amount of domestic water used has tripled, but has been declining gradually since 1998 when it peaked.
The majority of household water is used for cleaning purposes, including toilets (about 28%), baths (about 24%), cooking (about 23%), and washing (about 16%). 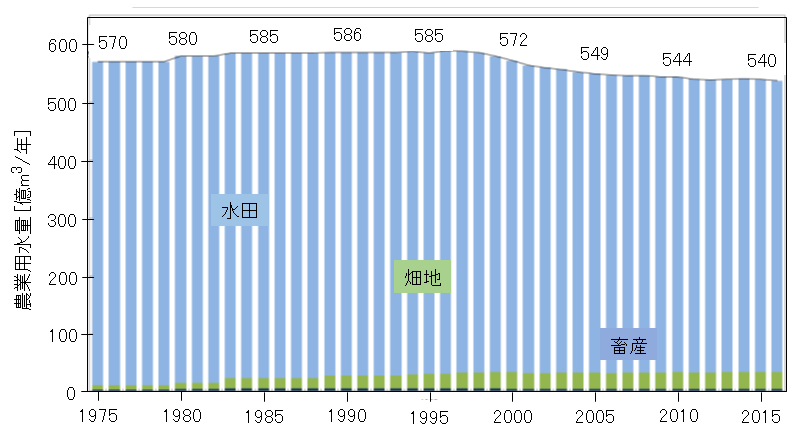